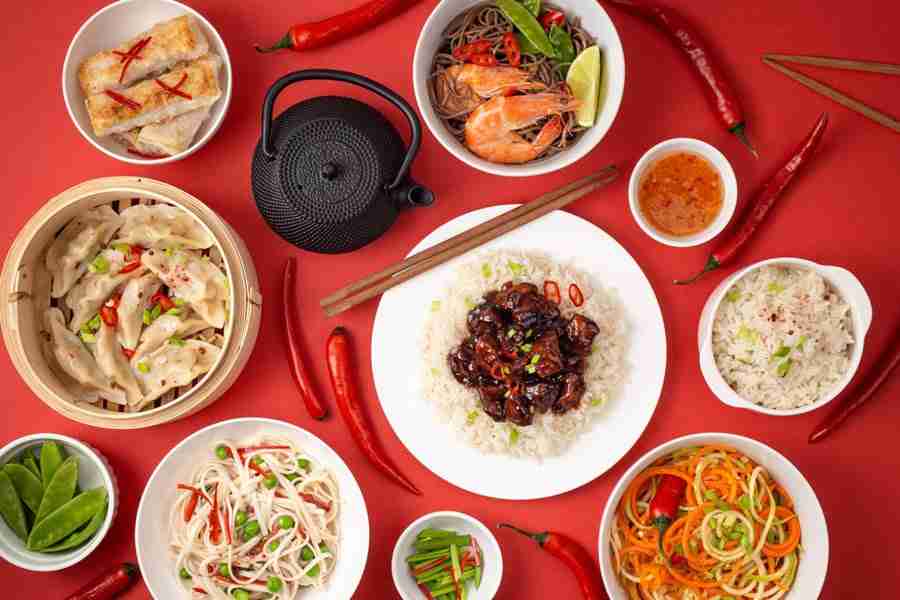 Chinese (Lunar) New Year is one of the most important annual holidays celebrated by the Chinese. It is also known as 春节 (chūn jié) or the Spring Festival in China. The holiday not only marks the end of the coldest days, but also the beginning of spring; a start to new beginnings.

This joyous occasion is more than just the act of giving and receiving red packets, mandarin oranges and feasting on a plethora of food. These traditions hold meaningful purposes that signifies starting the year on a clean slate with a celebration, and by wishing others with positive messages like good health, luck and to have a prosperous year ahead.

We cannot forget the annual reunion dinner (团圆饭) to kick start the eve of Chinese New Year, also known as 圍爐 (Pinyin: wéilú), which is directly translated to surrounding the furnace. This dinner signifies the joy, bond and togetherness of a family, gathering everyone back to their family homes for a meal with an abundance of dishes on the table. Family members are expected to return to their parent homes or hometowns, with married couples usually returning to the husband’s parent home, but there isn’t a fixed rule to this.

As ancestral worships are a family affair to most Chinese families that are more accustomed to old traditions, these families will often place offerings on the family altar to “invite” deceased ancestors to the dinner. This also ties with their beliefs that their ancestors will return blessings to the family as they have the power to influence the mortal’s world.

Regardless of how rich or poor the family is, the Chinese believes that serving food in abundance during the reunion dinner will bless them with good fortune and luck in material wealth.

Families will prepare food that hold meaning to play around with words that sound similar yet hold different meanings to symbolize the blessings they want to receive into their lives.

Let’s take a look at the auspicious meaning that some of these must-eat foods and ingredients hold:

Rice (米) — 米缸长满; As rice is a staple for most Chinese families, rice buckets are filled to the brim to represent having an abundance of food on the table throughout the year. Of course, it is great to have enough rice to eat throughout the year, but for the sake of health, we would suggest adding Alchemy Fibre™ to rice so that we can all eat healthier. Here’s a glutinous rice recipe specially made for Chinese New Year, click here to view the full recipe.

Chinese New Year Cake (年糕) — 年年高升; This sounds like 年高 which literally translates to a higher and better year in luck, wealth, career and so on.

Whole fish (鱼) — 年年有余; signifies ”having more than enough every year”. The word 余 represents abundance and has the same pronunciation as 鱼,hence fish is commonly served during Chinese New Year.

Other common foods enjoyed during the dinner include hot pot with a variety of ingredients, pen cai (盆菜), whole chicken, duck, abalone, red eggs and many other delicacies spread across the table. Pen cai (盆菜) is one of the most premium dishes served during the festive season. It is usually served in a large casserole or traditional clay pot filled with luxurious ingredients such as abalones, fish maw, sea cucumber, prawns and many more. The Chinese believes that if you eat well at the start of the year, it is likely that they will be eating well throughout the year.

Not to forget one of everyone’s favourite CNY activity, Lou Hei Yu Sheng (捞起魚生), which means tossing up good fortune. Lou Hei is also a representation of 捞个风生水起, bringing luck and liveliness to businesses and life in general. Many might not know, but yu sheng was actually developed in the 60s by four Singaporean master chefs who were inspired by the Cantonese’s traditional custom of consuming sashimi strips during Chinese New Year. Now, yu sheng has become a not-to-be-missed tradition for Singaporeans, as well as other Chinese communities in countries like Malaysia.

Lou Hei is a messy, fun and mood-lifting activity that we love. It includes shouting of auspicious phrases while tossing and mixing the various ingredients of the yu sheng together. Each of these ingredients signifies blessings like good luck, prosperous wealth, good health and good fortune to come.

When adding each of these ingredients, words of blessings and wishes for the upcoming year for lucky and prosperity are spoken.

Common ingredients and words of blessings recited in yu sheng are:

Once everything has been added, everyone then starts to mix and toss the ingredients upwards, with the belief that the higher they toss, the more luck and prosperity it’ll bring.

After dinner, families usually spend time together before counting down to the start of Chinese New Year together. Also, there is a belief that the longer family members stay awake together, the more they can help achieve longevity for the elderly members in the family. This tradition is known as 守岁 (Pinyin: shǒusuì) or literally translated to “keeping or preserving the age”

The Chinese’s beliefs might seem like superstition to the younger generation, but knowing what they symbolise is actually an eye opener. Also, these beliefs form the very essence of the Chinese New Year celebrations and the significance of Chinese New Year reunion dinners. Know any interesting or lesser-known Chinese New Year beliefs? Do share with us.